I can finally share the news….. My third novel is a romantic psychological thriller set in space called The Loneliest Girl in the Universe, out with Walker Books in September 2017!

It tells the story of Romy & J, who are both alone on ships travelling through space and start talking via email. The only problem? Their ships are light years apart and messages take months to travel between them.

It gets….complicated. To say the least.

I’ve already seen the cover for the book and it is RIDICULOUSLY BEAUTIFUL. If you think the TNT covers are good…..

I’ve been keeping this deal a secret since March – 8 MONTHS. I feel a bit naughty for finally talking about it!

Also: you MIGHT have noticed a sneaky reference to this at the end of The Last Beginning. 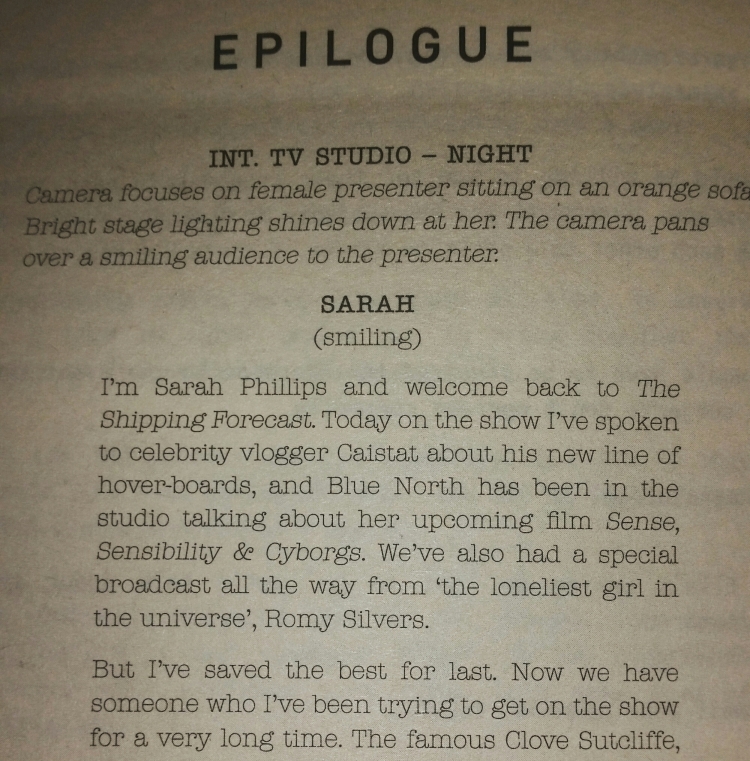 And here’s the official press release (!):

THE FIRST OF THE TWO BOOKS REVEALED AS YA ROMANTIC THRILLER SET IN SPACE, THE LONELIEST GIRL IN THE UNIVERSE, COMING IN 2017

Walker Books has acquired two more novels from Lauren James, author of The Next Together, which was shortlisted for Maximum Pop Books’ Debut of the Year, and a sequel, The Last Beginning, which has just been published. In autumn 2017, Walker Books UK will publish The Loneliest Girl in the Universe, a YA romantic thriller set in space. Commissioning Editor Annalie Grainger acquired world rights in all languages, excluding North America, in a two-book deal from Claire Wilson at RCW.

The novel focuses on Romy and J, the solitary occupants of two spaceships that have been sent out on reconnaissance missions to find a new home for Earth’s growing population. Their only communication is through email. Can you fall in love with someone you’ve never met, never even spoken to − someone who is light years away?

Grainger comments: “We’re delighted to be building on Lauren’s success. She is such a talented writer and has already gained a real following. Loneliest Girl has everything we’ve come to expect from her: an ingenious concept, fast-paced storyline and fabulous characters. There’s also a killer twist that readers won’t see coming!”

Lauren James said: “I’m so excited to be working with the amazing team at Walker on two more books! I can’t wait for you all to meet Captain Romy Silvers, the darling of the spaceship The Infinity. She’s completely stolen my heart, and I hope she’ll steal yours too.”

Walker Books will publish The Loneliest Girl in the Universe in autumn 2017, with a second book to follow in 2018.

Art of Romy by Alice Oseman