Lots of stuff to tell you today! First up, my Writers HQ Coventry retreat this Saturday still has a few spots left.  I‘m not running the June date and there’s no August retreat.

Applications are now open for my @writementor mentoring and editing online course.

I’m doing a panel at Waterstones Nottingham next week. I’ll be talking about my time at the Uni of Nottingham, writing while studying and diversity in fiction.

I’m also doing an event at Cymera Festival in Edinburgh in a few weeks with Tom Pollock.

And if your child is in years 5-9 in the West Midlands, my Spark Young Writers group in Rugby is about to open to submissions for next year.

And a bit further off, but my writing diversely day course at Cambridge University’s ICE is taking bookings, with an amazing discount if you’re a teacher.

All my public events are here. 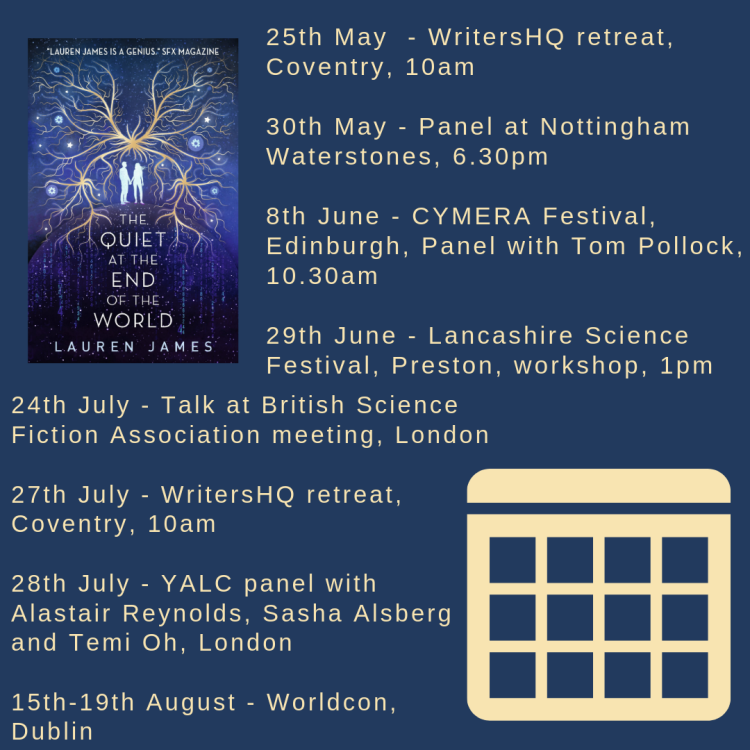 The Starlight Watchmaker is up for pre-order on my etsy shop, and the sets of book letters should be shipping next week for everyone who has pre-ordered one.

And if you can’t wait for my writementor mentoring course, I have a free slot for an editorial critique next month due to a cancellation. Usually I’m booked up a few months in advance so this is pretty rare.

You may be wondering how I have chance to write these days, if I’m doing all this. Yeah…. I don’t know either. 😅