I have had the BEST publication week! I’ve spent the week visiting schools and talking to students about my books, and I had a launch at Waterstones Piccadilly: 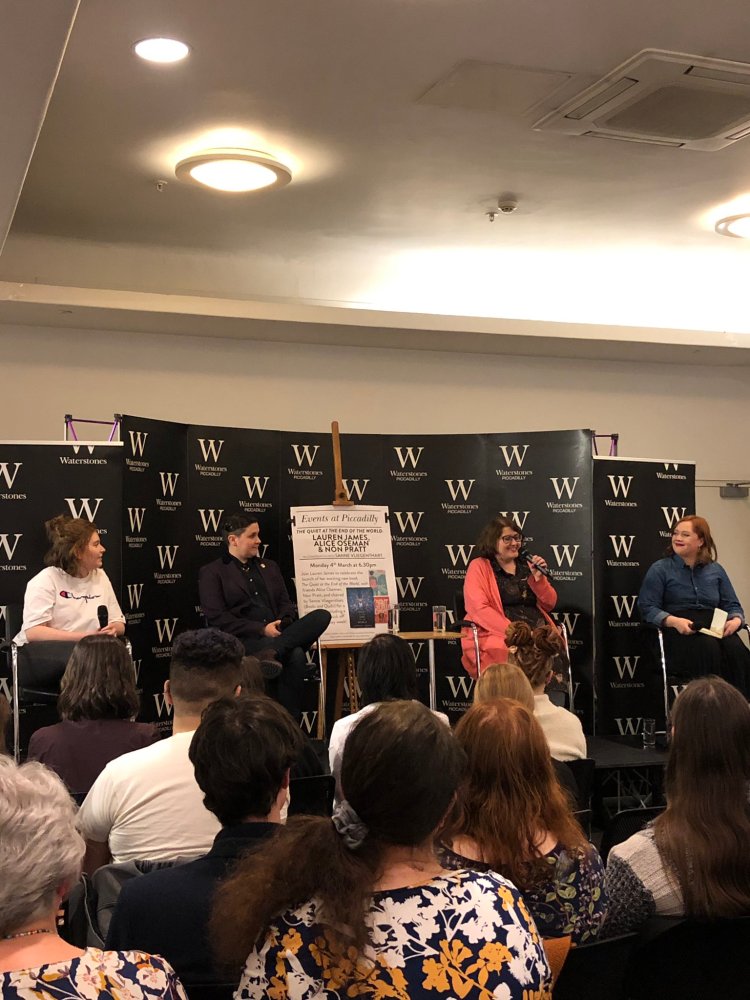 It was so, so much fun, and I can’t think of a better way to bring this book into the world. You can watch 27 minutes of the panel here.

SFX magazine reviewed the book and gave it five stars! They said “A controlled yet elegantly light touch makes The Quiet at the End of the World a credible, hugely rewarding read.” 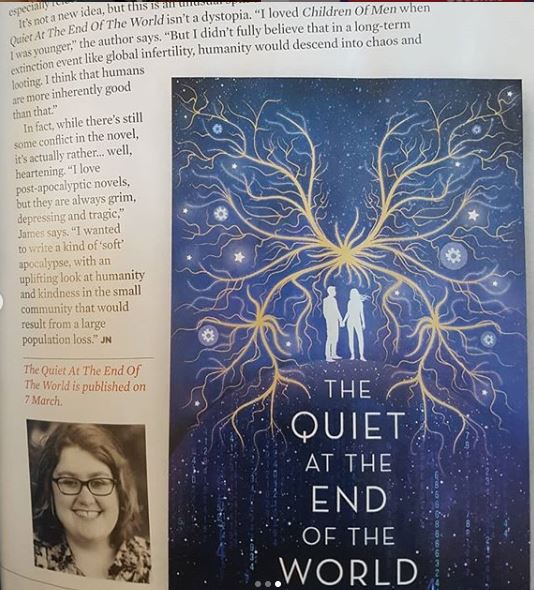 Some things I’ve written about the book:

I’ve also written an article for Den of Geek:

The best (and worst) on-screen female scientists
As a science student, it’s always been rare for me to find fictional scientists who feel realistic. Most of the time the scientists I see in films are wildly absurd – geniuses in not just their field but in everything, who know how to hack any server, recreate any molecule, identify any liquid and calculate the angle of impact of any bomb.

If people grow up only ever seeing scientists as being impossibly, unbelievably clever, then they are going to be discouraged from ever studying science themselves. This is especially true for women: who wants to become a scientist when your on-screen counterparts are constantly harassed, seen as bossy or lacking social skills, and are either comically unattractive or so sexy that it makes it unsafe to be in a laboratory environment? (I’m looking at you, mini-skirt lab coats and high heels.)

Frankly, this isn’t great. In a time when women still only make up 23% of the STEM (science, technology, engineering and maths) workforce, there need to be better role models for the aspiring girls in the audience.

Read more at Den of Geek

There are a few places you can win a copy of the book – on Lucy Powrie’s twitter, on Melinda Salisbury’s, and by entering #TheQuietBookChallenge on instagram (which gets you a subscription to Illumicrate and more).

If you get it, I hope you like it! I am very nervous!

How far would you go to save those you love?

Lowrie and Shen are the youngest people on the planet after a virus caused global infertility. Closeted in a pocket of London and doted upon by a small, ageing community, the pair spend their days mudlarking and looking for treasure – until a secret is uncovered that threatens their entire existence.

In the quiet at the end of the world, Lowrie and Shen must decide what they are willing to sacrifice to save the whole human race…

If you want to meet me, here are a few events I’m going to be appearing at: