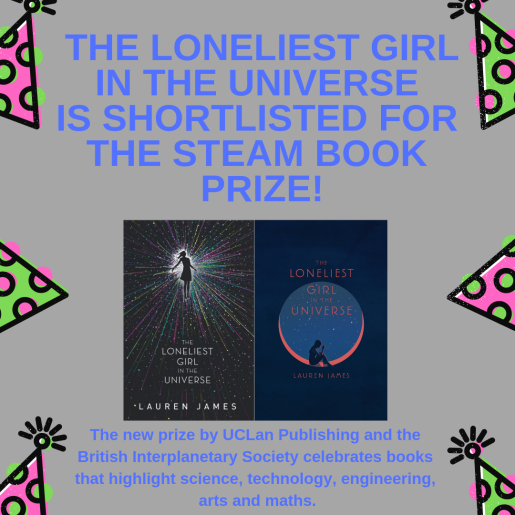 I’m thrilled that The Loneliest Girl in the Universe has been shortlisted for a second award! This is a brand new prize that supports fiction about science, something that is obviously ENTIRELY MY JAM. I was super excited just to hear about the creation of the award, so to be shortlisted is the best news ever.

The other YA titles are The Fandom by Anna Day, The Secret Deep by Lindsay Galvin, White Rabbit, Red Wolf by Tom Pollock (all of which I’ve read) and The Electrical Venus by Julie Mayhew and Jinxed by Amy McCulloch (which I’d better get to ASAP).

One thought on “Shortlisted for the STEAM book prize!”