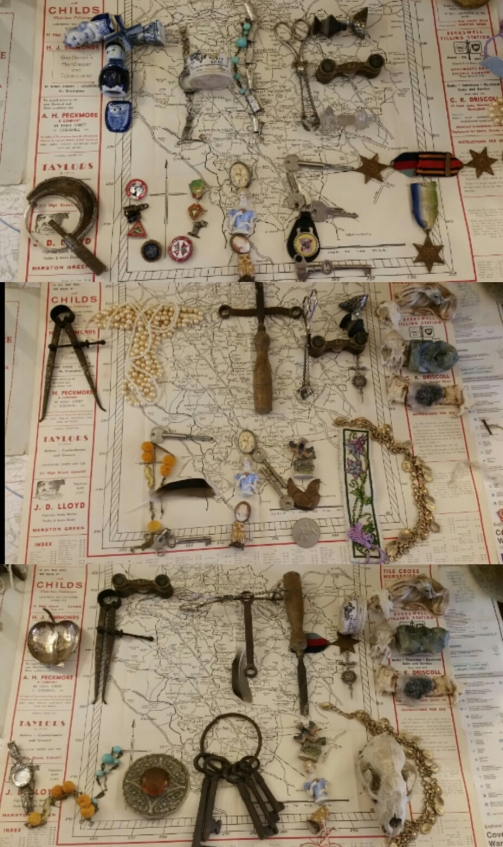 My next book, The Quiet at the End of the World, is about Lowrie and Shen, the youngest people alive in a time after humans go infertile. They have grown up knowing that they are going to watch their species face extinction, and spend their time exploring the crumbling remains of civilisation, treasure-hunting for things their ancestors have left behind – objects like the ones in the pictures.

It took a long time to decide on a title for this book, but in the end we settled on The Quiet at the End of the World because that’s what the book is about – the time after the apocalypse, when there’s no hope, and nothing to do but wait and try to enjoy life at the end of the world (also, let’s be honest – I just wanted a longer title than The Loneliest Girl in the Universe).

I love post-apocalyptic novels, but they are always very grimdark – depressing and tragic. I wanted to subvert that trope and write a kind of soft apocalypse, with an uplifting look at humanity and kindness in the small community that would result from a large population loss (it’s a very English kind of village, and book).

I read Station Eleven a few years ago, and really came away from that novel with a sense of just how much there still is to live for when you’ve lost everything. As a reader I feel like there are so many stories that hadn’t been told in that kind of setting – after the angst of the apocalypse, when you’re not necessarily trying to rebuild the world but live a good, happy life in the time you have left. So as a writer, I didn’t want to write a dystopia full of villains and evil governments (there’s enough of that in real life). I just wanted to write about humanity in isolation.

I wanted to tell a story about how vulnerable life is, when the human race is an endangered species on the brink of extinction. And how easily the smallest thing could push it over the edge.

What do you do? If you know you’re the last of your kind, and nothing you do matters or will be remembered once you’re gone. How can you spend your days in harmony, when you know that every hour represents the thousands of years of human civilisation behind you? With those generations looking over your shoulder, are you ever truly yourself, or are you just the culmination of their decisions? How can you be an individual without looking ahead or behind you? Should you even try? Those are the questions that Lowrie and Shen are asking each other in The Quiet at the End of the World.

It’s out in Early 2019 (date to be confirmed) and I’ll be revealing the cover in a few months. I really can’t wait for you to meet my childhood best friends and their robot pal Mitch. You’re going to love them all.

(Also, this photoshoot took like a solid week, I had to keep giving up and coming back to it. All of the objects are family heirlooms and/or things found in our 1850s cottage when we renovated it. I love treasure-hunting and I’m thrilled I was allowed to write about it!)

The Quiet at the End of the World will be published in the UK and Australia with Walker Books in March 2019. 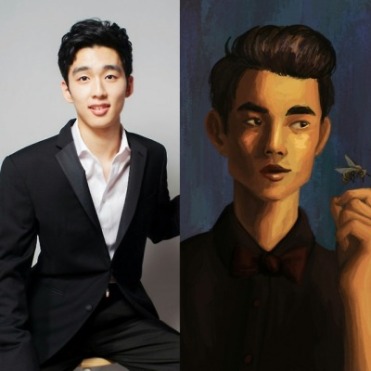 Here are some of my recent blog posts, which you might have missed:

Books for fans of The Last Beginning

Ladies Characters studying STEM in YA

I am very excited to announce that I’ve written an article for the 2019 Writer’s and Artist’s Yearbook! The new edition comes out in July, and my section is on writing LGBT+ characters in children’s fiction. If you’re a writer, check it out. I learnt so much from the yearbook that I had struggled to understand about the quirks of the publication industry, and it’s a massive boon if you’re just getting started.

Final copies of the American edition of The Loneliest Girl in the Universe are here! This is out on July 3rd.

Spotted: my books auf Deutsch in Vienna’s buchhandlung Frick! I signed some copies if you’d like to buy one. I got to see my books in Prague too and it NEVER gets old. It’s one of the coolest parts of being an author. 💖