A lot has been happening recently, so I thought it was about time I posted a bit of an update!

I was on BBC Coventry and Warwickshire Radio today talking to Brody Swain about World Book Day! It was my first radio interview and it was incredibly fun – you can listen here from 2hr 12mins!

My US publisher Sky Pony Press have put my short story ANOTHER TOGETHER, about Kate and Matt solving a murder at Bletchley Park, up online. If you’ve been waiting to read this you can now download it for free here!

Some snazzy book flashcards also arrived from Harperteen featuring The Loneliest Girl in the Universe, as well as their other superstars authors. Very appropriately, my book was chosen for the ‘plot twist’ question. 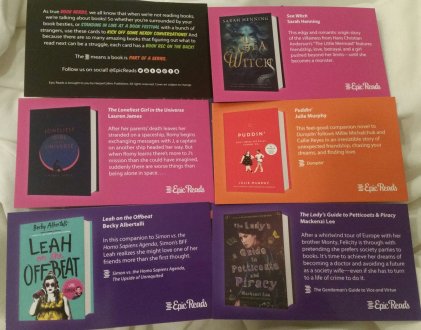 All of which is to say that I have two US publications this year and the publicity is amping up for release! The Last Beginning is out in two weeks, and looks like this:

It was highlighted by Barnes and Noble, which was thrilling. The Loneliest Girl comes out in July! I’m very excited for both. 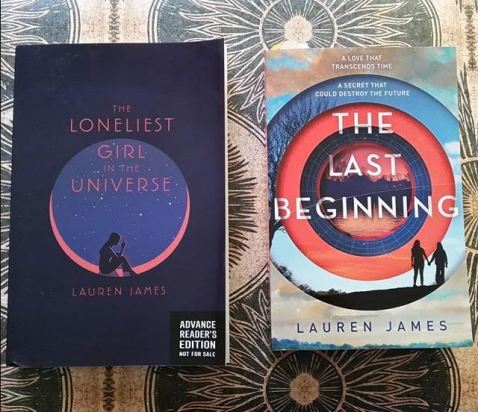 I’m absolutely thrilled to be longlisted for the Australian Inky awards, alongside some absolute heavyweights!

Also, Alice’s new book is going out into the world! If you like Contemporary YA, you need to check out I Was Born For This asap. I blurbed it:  “Alice Oseman was born to write this novel. A dark and funny look what happens when online fandom collides with real life in messy, bittersweet detail. Exposes the reality of being a fan – and being famous – without holding back any punches.”

Since I last blogged, I’ve been hard at work on editing my next book. I’m really excited for this one, which I think is set to be my longest and most ambitious book yet…. I’m cautiously optimistic I’ll pull it off. I’m hoping to do a title reveal soon, but for the eagle-eyed amongst you, you might be able to find a sneak peek of it on a certain book site….. 😉

Most of the time I’m just staring helplessly at notes like this:

anyway today in useful notes i leave myself: pic.twitter.com/GSC3rKOJfK

I cannot WAIT for you to meet my new characters in book 4. They're just…. my favourite. pic.twitter.com/Tq0xBnyMJb

I have a few events coming up –

And that’s all from me! Hope you’re enjoying March, whether you’re somewhere nice and sunny or snowed in like me (please stop before my London trip to see Hamilton this weekend, the Beast from the East).

One thought on “News update!”