It’s the season to round up our reading years! This year I read nearly 220 books, so it was difficult to choose my favourite ten, especially as I’ve read some truly excellent books this year. Some really important books about feminism and racism achieved the recognition they deserved this year, so those made it to the top of my list. These are all published in 2017.

If you’ve already read all these, then firstly – please send me some recommendations, as you clearly have excellent taste! Secondly – my top ten favourite books of every year since 2011 can be found here, for some things you might not have discovered.

Finally, a reminder from an author – if you’re making your own list of favourite books of 2017, please make sure you thank the author by adding your reviews to Amazon. It’s a small, quick thing that can make a huge difference to authors.

10. We Are Okay by Nina LaCour

Marin hasn’t spoken to anyone from her old life since the day she left everything behind. But even thousands of miles away from the California coast, at college in New York, Marin still feels the pull of the life and tragedy she’s tried to outrun.

Achingly sad and beautiful, WE ARE OKAY is a book I’ll be thinking about for a long time. Marin is an orphan, who was raised by her grandfather. When he dies, she runs across the country to university instead of facing her grief. Completely alone, she plans to spend her 25 day Christmas break in an empty dorm building, eating ramen and reading poetry about solitude. But her ex-girlfriend and lifelong best friend has other thoughts on the matter. 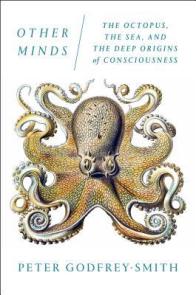 9. Other Minds: The Octopus, the Sea, and the Deep Origins of Consciousness by Peter Godfrey-Smith

A philosopher dons a wet suit and journeys into the depths of consciousness to tell a bold new story of how nature became aware of itself.

A fascinating look at how evolution makes our brains think, told through the mysterious actions of octopuses. That cover deserves awards alone, too.

When two soldiers from opposite sides of a never-ending galactic war fall in love, they risk everything to bring a fragile new life into a dangerous old universe.

I’ve seen this around for years (it’s a particular favourite of booktubers) but never picked it up. Finally my friend Kat forced it into my hands, and I’m so glad she did. I devoured all 8 volumes and now eagerly await new issues. Not for younger readers – it’s very explicit.

The story of a young woman whose diabolical smarts are her ticket into a charmed life. But how many times can someone reinvent themselves? You be the judge.

A worthy follow up to We Were Liars, this genderbent The Talented Mr Ripley, told in reverse chronology, is a masterclass in writing unlikeable female characters who are unapologetically evil.

Her name is Binti, and she is the first of the Himba people ever to be offered a place at Oomza University, the finest institution of higher learning in the galaxy. But to accept the offer will mean giving up her place in her family to travel between the stars among strangers who do not share her ways or respect her customs.

These short novellas can be read in one sitting. They highlight how white and homogeneous alien races in science fiction can be, by showing how a real diverse alien race might be. Binti’s culture mirrors an African tribal cultures.  This also features a STEM-studying female character (a rarity in fiction – my list numbers only 30, and I wrote 3 of them). Binti is truly unique and I will happily read another dozen stories about her.

5. The Hate U Give by Angie Thomas

Sixteen-year-old Starr lives in two worlds: the poor neighbourhood where she was born and raised and her posh high school in the suburbs. The uneasy balance between them is shattered when Starr is the only witness to the fatal shooting of her unarmed best friend, Khalil, by a police officer.

Hugely important, in every way. Beyond that – wonderfully told, with an unmistakable voice.

4. The Power by Naomi Alderman

WINNER OF THE 2017 BAILEYS WOMEN’S PRIZE FOR FICTION

What if the power to hurt were in women’s hands? Suddenly – tomorrow or the day after – teenage girls find that with a flick of their fingers, they can inflict agonizing pain and even death.

The perfect answer to people who think there’s no need to be a feminist today, because sexism has been ‘fixed’. It amplifies all the little everyday niggles of inequality that it’s so easy to overlook, by examining what would happen if it was reversed. It’s noticeable then, for sure.

Effia and Esi: two sisters with two very different destinies. One sold into slavery; one a slave trader’s wife. The consequences of their fate reverberate through the generations that follow.

This is such a unique (and horrifying) way of showing what national identity has been lost by Africans taken into slavery. Hugely important and powerful, and destined to become a classic.

Lois Clary, a software engineer at a San Francisco robotics company, codes all day and collapses at night. When her favourite sandwich shop closes up, the owners leave her with the starter for their mouthwatering sourdough bread.

The perfect mix of science & magic to leave you dreaming of sentient bread. A book I wish I had written.

Sixteen-year-old Julie Beaufort-Stuart is returning to her family’s ancestral home in Perthshire for one last summer. Tensions are already high when a respected London archivist goes missing, presumed murdered. And then she notices the family’s treasure trove of pearls is missing.

I’m a huge fan of thirties detective novels like Agatha Christie and Dorothy L Sayers, and this is my perfect spin on that – there’s murder, rich people living frivolously, dogs, Bronze age marine archaeology, castles, cross-dressing Cabaret shows, TREASURE-HUNTING, pearls, buried treasure (did I mention the treasure?), river trawling and Harriet Vane mentions. I’m so into it in every way.

Ellen and Frank are brilliant love interests, and Lady Julia Lindsay MacKenzie Wallace Beaufort-Stewart must be the most iconic female character in YA history. She’s smart, sassy and always says the unexpected. She goes off to fight in World War II in Code Name Verity as a spy, she kisses whoever she pleases, and as Ellen put it, takes whatever she wants. She had a really brilliant character arc in this book – you really see her blossom from an unsure fifteen year old into the person she’s going to become in Code Name Verity.

Reading this has made my heart ache all the more for her and what happens in the next book, and I’m very afraid that I’ll never be able to read CNV again for fear of my heart quite literally exploding in sadness.

Bonus – my favourite books published before 2017: 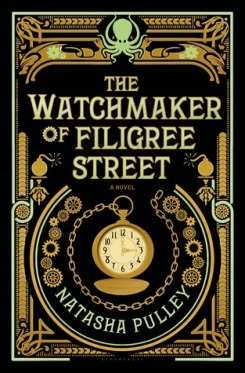 The Watchmaker of Filigree Street by Natasha Pulley

The Magpie Lord by K.J. Charles

A Closed and Common Orbit by Becky Chambers