For the launch of The Loneliest Girl in the Universe, Charlie Smissen made the most beautiful galaxy themed cake, with a cut-out Romy figure and a centre bursting with glitter and popping candy. Here’s how she did it: 2. Mix sprinkles into the batter and bake as per instructions

3. Ice the cakes together with buttercream

4. Core the centre of both cake in a circle 3 cm wide and tightly pack the centre with glitter/sprinkles/popping candy

5. Ice both cakes in a crumb layer of buttercream 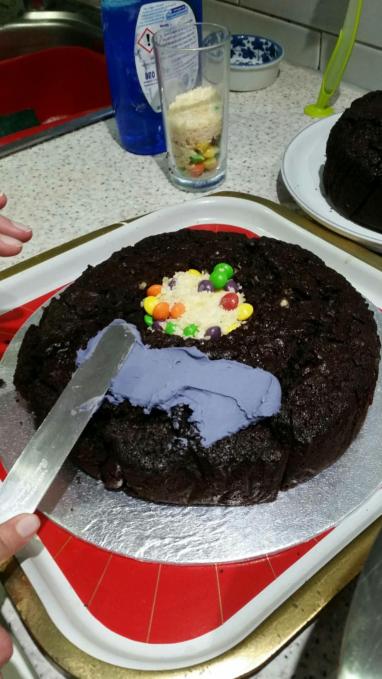 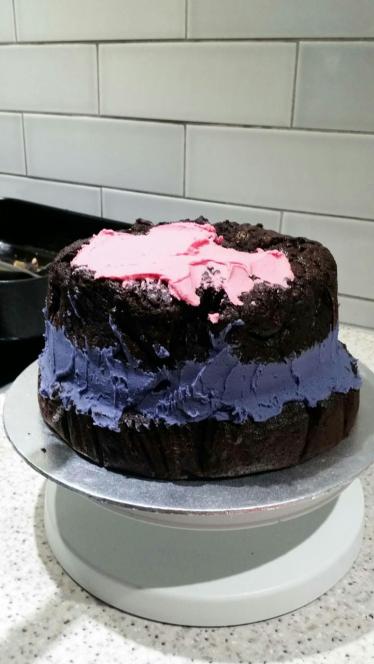 6. Roll out black fondant and lay over the cake, smoothing flat on the buttercream

7. Use edible paints in white, purple, pink and blue to swirl galaxy patterns over the black fondant

8.Make a starburst out of stiff silver card and mount on a stick for the top!

Last week the lovely Sanne, from the incredible youtube channel booksandquills, did a little interview with me over on her instagram, so I thought I’d upload it here in case you missed it.

She also made a video about The Loneliest Girl on her channel here:

You can read Chapter 1 here or listen to me read it here. This is the first video of me reading my writing aloud I’ve put online – so I’ve been a little nervous about it! I hope you like it.

Sign up to be notified when the US edition of The Loneliest Girl in the Universe is published and ARC copies are available for request.

If you leave a review of the book on a retail site like Amazon, Waterstones or Barnes & Noble, I will send you a signed, personalised bookplate. Fill out this form to claim your bookplate.

2 thoughts on “How to make a galaxy cake”