Sometimes as a writer, it can feel like you haven’t achieved much, because you can spend so long editing and reediting the same projects. I think a lot about how I only wrote one book all year, and worry whether that makes me lazy.

However, last year I wrote a summary of my achievements in 2015, and looking back at it helps me see that I actually did quite a lot that year. So I’m doing the same again this year: good and bad.

In 2016 I wrote the first draft of a new novel in a new genre. I also fulfilled my 2016 New Years Resolution and wrote a screenplay. It actually got through to the final stages of the BBC Writer’s Room (but no further! Next time…).

I also started a  quarterly newsletter (subscribe!) and wrote some blog posts, including:

I blurbed some amazing books, including Mafiosa by Catherine Doyle, A Quiet Kind of Thunder by Sara Barnard, The Art of Being Normal by Lisa Williamson and Unconventional by Maggie Harcourt. 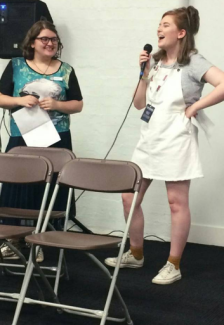 I spoke on over 10 panels with some amazing authors – Jennifer Niven being a particular highlight! I also finally appeared on a panel with Alice Oseman.

I chaired a panel at YA Shot and co-ran a workshop at YALC (again, with Alice! The dream team).

I published a novel, a novella and a short story!

TNT was also published in translation in Czech Republic, Brazil and Turkey.

My books so far!

It was also longlisted for Branford Boase Award and chosen as iTunes book of the week in October!

The Last Beginning was chosen by Scholastic Book Clubs to become a special edition including the novella Another Together. It
was reviewed in The Independent as one of the best LGBT inclusive children’s books of the year – my first press review! It was also reviewed in Diva Magazine.

I got a new 2 book deal with Walker, and the cover for my next book was revealed.

I went on holiday to Cambodia, Thailand, Edinburgh and Wales. 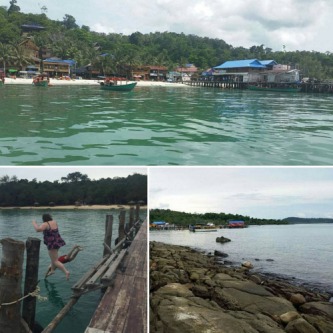 I lived in London for a month (and decided I never want to do that again!). I saw my brother sworn in as a Special Constable, which made me very proud.

I went to the theatre a LOT. I saw Harry Potter and the Cursed Child (twice!), Les Liaisons Dangereuses, As you like it, In the Heights, The Maids, Groundhog Day, Chitty Chitty Bang Bang, Cymbeline, Jersey Boys, The Lion King, Aladdin, Guys and Dolls, The Phantom of the Opera, The Woman in Black and The Curious Incident of the Dog in the Nighttime. I also saw in concert Hozier, The Lumineers, Monsters & Men and Jurassic Park at the Royal Albert Hall.

I read nearly 200 books. Last year I was in a reading slump because I kept reading contemporary YA in an attempt to be part of the cultural conversation. I DNFed lots of books because they weren’t interesting me. This year, I took a step back and started really thinking about what I enjoy to read about. I’ve started to love reading again, and I happily ignore the conversations about books I’m not interested in without panicking. I don’t write contemporary YA, so there’s no reason for me to treat those books as competition just because they fall under the umbrella of Young Adult.

I was very, very happy.

I passed my driving test and bought my first car! …..but it took me three attempts to pass my driving test – and I still struggle a lot still with my confidence about driving. It’s my biggest weakness. My New years resolution is to try and drive somewhere every day. I haven’t done well on this so far..

I missed a few events I was really looking forward to due to illness, particularly a panel at Waterstones Piccadilly which I was so excited and honoured to be asked to participate in.

I intended to write some more non-fiction articles, like my ones for The Toast and The Guardian Children Books in 2015, but didn’t find the time. Also, sadly, both of the publications I wrote for have since closed down (not my fault, I promise!).

I spoke about this last year, but I still struggle a lot with jealousy/envy/comparing myself to other authors. The solution, as far I’ve been able to determine, is to avoid going on Twitter as much as possible. But I feel like I’m drifting away from a brilliant community at the same time as improving my mental health. It’s a dilemma.

As I found last year, I did a lot of work for free this year – both my novella and short story were unpaid works. I think it’s all good practice and publicity, but it can be difficult at times to know that I’ve spent whole months doing full time work for free. I have started blogging a little less – I decided against doing a blog tour for TLB because I wasn’t sure of the payoff compared to the amount of work it takes.

In more positive news, last year I was very worried about my long term career plan. I had absolutely no idea whether being an author was possible permanently. This year I’m feeling a lot more settled and confident about my career and chances. Money is still tight, and the payments are very irregular, but I’m hoping to move into my own home in 2017. So I’m getting there! Slowly…

In other news: I’m doing an event at Waterstones Birmingham:

The Loneliest girl on the universe was featured on Book Riot.

Simonlevvis on tumblr posted these amazing photo sets about TNT and TLB! 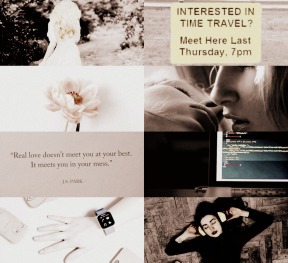 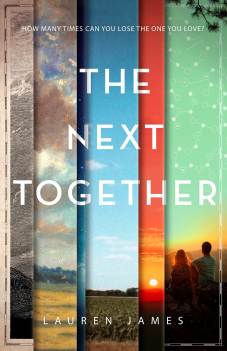 Recent favourite reads - Things We Say in the Dark by Kirsty Logan -  a collection of horror short stories, containing a lot of scottish mythology. Truly delicious The Mitfords: Letters Between Six Sisters by Charlotte Mosley - I've decided to cultivate an obsession with the Mitfords in 2020, and after reading The Pursuit of Love and Love in a Cold Climate, this was my first port of call. Absolutely the right move - I couldn't stop reading, and fell headfirst into their insane world of celebrity friendships, political squabbles and betrayals and deaths. I now want five sisters to become penpals with. Educated by Tara Westover - A wild ride through the deep South of the USA, this was a real insight into the mindset that drives people to join cults/isolate their families. I cringed so much at some of the things Tara went through, which is the sign of a really good memoir writer. A Good Girl's Guide to Murder by Holly Jackson - An intricate, unpredictable and truly modern murder mystery - Gottie would love this one. Crowded by Christopher Sebela - a graphic novel series about a crowdfunded assassination target running for her life with her hired bodyguard, and getting into lots of trouble along the way. The Lost Future of Pepperharrow (The Watchmaker of Filigree Street #2) by Natasha Pulley - Plotted as intricately as clockwork, this weaves together historical political warfare with electromagnetic science research and magical clairvoyance. (#gifted)
I'm unfairly still sick, but it's the one year anniversary of adopting Oliver today! Here's a video of him with my parents dog, trying very hard to perform his one trick (roll over). Plus some outtakes. Super glad I got this scamp, even if he was a lot of work as he settled in. He's worth it all. @dogstrust #adoptdontshop