So I was sent this ask on tumblr.

I’m about due a blog post, so I thought I’d answer it here. (I owe you a June Favourites too – it’s coming, I promise.)

I don’t think I’d do a vlog like Alice (she’s is a lot better at that stuff than me) but I do give semi-regular writing updates here on my blog, so I thought I’d go back and compile them all and see if it gave any insight into my “writing process”.

A bit of background: I’m currently writing an un-contracted book which I’m tagging ghost house on tumblr. It’s a gamble to write a book out of contract, but I had the time and I couldn’t get the idea out of my head, so I’m doing it anyway. My publisher have said they want my books to be high concept sci-fi, so I don’t think they’ll be interested in it (it’s kind of satirical fantasy, or something – I pitched it to my agent as MISFITS meets SPACED.) but you never know! We’ll see what happens when I’ve finished it.

I started #ghost house in January, after I pitched it to my agent and she said she liked the idea. Here’s what I had to say:

January was a month of lots of writing for me, and lots of waiting. In publishing, you have to play the long game, and I’m definitely coming to realise that. I’m full of feelings about stuff I’m working on, but I’m not allowed to share any details about it for at least a few more months. BUT THERE’S LOTS OF EXCITING STUFF COMING UP, GUYS. I can say that, at least.**

(**Some of that exciting stuff was Another Together, my eNovella. Some of it is still to be announced, whooo!)

I started doing some research into early-90s internet use, which I posted about here.

I spent most of February/March writing the first draft of Book 4, and I’ve just hit 25,000 words. It’s the most fun I’ve ever had writing a novel, and I can’t wait to tell you all about it! Twitter even got involved in naming one of the characters!

However much I love writing novels, though (which I really do) I wish I could pay someone to get the first 20k out of the way for me. It’s always AGONY. It’s so infuriating, because I know exactly what is going to happen, down to the minute, but I haven’t worked out how to TELL it yet. I have to write and rewrite and rewrite trying to adjust it until the right format and structure makes itself known.

It’s like chipping away at marble, then realising what you really need is a shard you chipped off, and having to glue it back together. FOR EVERY WORD. Basically: I’ve spent a lot of this month writing the same scenes five different times over, and I’m probably about to do it again. Wish me luck!

I also made a fancast of the ghost house characters here. 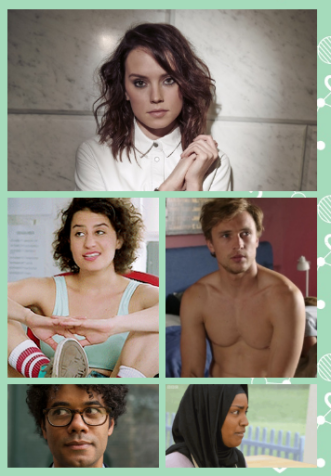 I hit the halfway point in writing my fourth book this week too – hurray! I always get convinced I’ve forgotten how to finish a story about 20k words in, so I’m relieved to have remembered how it all works. It’s (hopefully) all easy going from here.

I’m so into it and it’s so intense and the characters are really being stretched more than any I’ve written before and I’M VERY HAPPY. I went through a couple of weeks where I couldn’t write at all because of stress/anxiety but I’ve got over it finally. Now I’m racing through it!! And I wish I could tell you what its abouuuuuut!

I let a few people read the manuscript when I reached the halfway point (my mum, my brother, and my friends Sarah, Alice and Cat).

Ghost House is going on the backburner for a bit while I work on other projects, like the copyedits for TLB. I’m hoping to get back into it in mid-September.

I got some feedback on Ghost House from my agent, who read the partial manuscript at 40,000 words. She said that the pace is wrong (I’ve focused a lot on character development instead of plot) so in a spare few days between other projects I went back and cut out about 10k, and shifted around a lot of stuff to make it read faster.

It’s now down to 31k, which sounds like backwards progress, but it reads a lot better, so I’m happy. I can’t wait to finish my other projects so I can really put my head down and finish the book! When I actually have some time I think I’ll get it done in a few weeks, because I know exactly what’s going to happen, and I always write the second half of books at about three times the speed of the first half.

And that’s it for now! You can see how I do in the future by following my word count updates on myWriteClub, if you want. Wish me luck.

4 thoughts on “My …. writing process. Whatever that means.”