From smoking being good for you, to it being possible to turn metal into gold, have you ever wondered what Mr Darcy, Dr Frankenstein and Miss Marple would have accepted as plain fact? Lauren James reveals all here!

My first novel The Next Together uses the concept of reincarnation (and time travel!) to explore whether people intrinsically change just by being born in different time periods. The insurmountable barriers of time and space don’t stop my characters from falling in love with each other. However, being born in different points in history does cause some problems. In particular, they often have wildly differing opinions about technology and medicine, due to the current scientific knowledge of their time periods.

A character born in 1745 will believe different things about the world to one born in 2015 – such as how to treat a headache, or whether it’s possible to travel by flying. The same is true for every character throughout history, even those that are relatively modern. Miss Marple, for example, would have believed that smoking is healthy, something that was only disproved in 1948.

It is inevitable that nearly all of our favourite characters from historical fictional would have accepted some truly terrible scientific inaccuracies as plain fact. Hamlet, born in the fifteenth century, would have insisted that the sun orbits the earth. This was only disproved fully by Isaac Newton in the seventeenth century.

Some of these hypotheses would be considered ridiculous to believe today – such as the idea that a fire element called phlogiston was needed to burn things, which seventeenth-century Don Quixote would have thought to be true. This mysterious element was only discovered to be oxygen over a hundred years later. 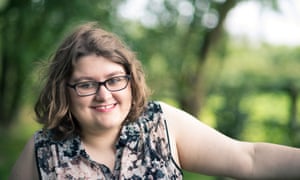 It’s impossible to deny that Jane Austen’s Mr Darcy would have believed that metals could be turned into gold if you tried hard enough, but we can still imagine that despite his environment and upbringing, he would have upheld modern moral and ethical standards. We all want to think that our fictional faves secretly supported gender equality and an end to slavery.

Margaret Mitchell’s Scarlett O’Hara fromGone With The Wind, set at about the time that Mr Darcy was probably funding the research of fortune-seeking alchemists, would have believed that it was possible to spontaneously combust. The myth that you had to be constantly on your guard against the possibility of bursting into flames without warning was spread by Charles Dickens, who used it as a plot device in his novel Bleak House. In fact, as recently as the 1970s it was hypothesised that spontaneous combustion was caused by depression.

Mary Shelley’s Dr Frankenstein, despite his creativity with reanimated corpses, would have believed that bloodletting cured illness, something which would horrify modern doctors. It was believed until the mid-nineteenth century that by collecting the blood of a sick patient the imbalance of their humours would be corrected, curing their illness. The existence of humours is another scientific inaccuracy, one that has been believed for millennia, maybe as far back as the time of Achilles and Patroclus.

In the early twentieth century, Sherlock Holmeswould have believed the atom was the smallest possible type of matter, and couldn’t be split further. Protons, neutrons and electrons were only discovered in 1917 by Ernest Rutherford. This atomic breakthough would have been read about with much interest by the detective.

While even the most admirable of fictional creations would have believed some pretty ridiculous things, I think we should be able to find it in our hearts to forgive them for this. After all, they are a product of their time. In future years we might also be mocked for our beliefs.

In February of this year, a new model made by physicists Ahmed Farag Ali and Saurya Das predicted that the Big Bang might not have been the start of the universe after all. The model suggests that the universe had always existed, long before the Big Bang. If this is proven to be accurate, the theory of a giant explosion “creating the universe” could turn out to be one of the scientific blunders of our generation.

Is time travel possible? Should the dinosaurs in Jurassic Park really have been feathery, after all? Is Pluto a planet?

Only time will tell.