I did an April favourites post last month, and I really enjoyed doing it, so I’m going to do it again. None of you have any choice in this. Read about my favourite things; do it now.

Disclaimer: I’ve had a glass of wine so I may be a little tipsy. Sorry in advance for….that.

Book: The Royal We by Heather Cocks and Jessica Morgan

I’m gonna cut to the chase here. Have you ever wanted to be Kate Middleton? Then this is the book for you. This is basically fanfiction about Will & Kate. And it’s the best kind of morally ambiguous fluff you could ever hope for.

It follows “Bex” and “Nick” from their meeting at university, through the next ten years to their eventual wedding day. It’s full of media scandals and blackmailing and old fashioned courting, and I would reread it asap if I didn’t have a tottering pile of books to be read giving me the evil eye.

Okay so bear with me on this one. There’s a tumblr post which I must request that you read right now. Here’s a quote from it:

Hold this jar in your hands like a talisman. Close your eyes and picture a man. Someone with smile lines around his eyes who could chop the cedar for your bower with his own hands, strangle an alpha wolf, carry you home when you sprain your ankle in the woods, bench press your entire body.

Picture this man in your mountain home with a full beard, a slightly grimy white henley, a fond half smile he reserves only for you. Now open the lid and smell Mountain Lodge.

I read this tumblr post and immediately went into a kind of fugue state, completely beyond my control, and purchased the candle without even realising it. This is marketing at it’s rawest, let loose on tumblr to roam free and ensnare any innocent passers-by.

Like tumblr promises, when it arrived I was immediately transported back to this #softbro scene in the Avengers. This candle is Captain America. Or as close as any of us are going to get. If that is something that is in any way relevant to your interests, I suggest you find a way to get this candle. Now.

Finally finally finally, a new album. I wrote most of The Next Together listening to Babel (I Will Wait is basically the song of that book) so mostly it’s just pretty nice having some new songs, I’m not gonna lie.

So far Ditmas is my favourite, but I’m only 15 or so listens in, so that will probably change a lot. (I take my Mumford & Sons seriously.)

Okay this is now going under a cut to save on spoilers, because I NEED TO SQUEE.

JAKE AND AMY KISSED. MULTIPLE TIMES. I’m just gonna take the liberty of inserting some gifs here, so you don’t have to go googling yourself.

I love every ridiculous character in this silly show, but Jake and Amy…….they are my darlings. They are the most genuine, lovely, well developed characters, and Jake’s gentle respect for Amy warms the cockles of my heart.

When Jake, in what must be the most enormous Freudian slip of all time, joked to Amy about something being ‘the title of our sex tape’ I actually shrieked at the screen. I am way too invested in these fictional characters.

I’m also going to link to a fanmix about them (called Double Tuck, of course), because this is my blog and I do what I like. 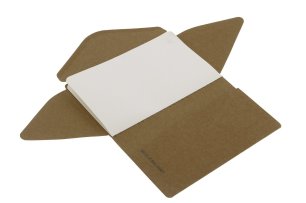 My friend Madison got me one of these as a present, and they are adorable. They are little 8 page Moleskine notebooks, and when you’ve used it you can seal it up like an envelope and post it to someone.

I haven’t used it for that though. I used to be really into an old game where you’d write a letter to yourself every NYE, and only reread it the next year. It was always so exciting to see how much you’d changed in a year, and read the advice you gave to yourself.

I kind of dropped out of the habit of doing it every year, so I thought this was the perfect opportunity to do it again. I wrote a letter to myself in the notebook, sealed it up and addressed it to Lauren in May 2016. I’m already looking forward to reading it. I’m definitely going to do it every year, I think.

This is a really simple recipe, but totally delicious. It’s a lot of preparation, but definitely worth it. Peanut stir fry is never a thing I thought would work, but it totally does.

B. J. Novak and Mindy Kaling, famous for their on-and-off romance on The Office (and in real life) have just got a $7.5 million book deal about their relationship. If that confuses or shocks you, then I recommend you read this timeline. Everything will become clear.

I am so desperate to read this book I can’t even explain it.

As a writer, I spend a significant amount of my time staring at a blank screen, trying to actually write. It can get very boring, because I am not always the best at actually doing that. Recently I’ve started playing these crafting videos (on mute) while I try and work. It’s super weird, but whenever I stop writing a sentence I check up on how the drawings or scrapbooks are coming along. It helps me focus a lot, because normally I’d just go on tumblr or twitter and accidentally spend hours on it. So. Weird? Yeah. Surprisingly productive? Yeah.

So those are my favourites for May! This month I am giving away a signed proof of The Next Together on tumblr. Reblog it here to enter.

8 thoughts on “May Favourites! The Royal We | Mumford & Sons | Brooklyn Nine Nine |”