So…I’m going to try something a bit new today. I’m kind of obsessed with monthly Favourites features, which is something a lot of Lifestyle and make-up bloggers do. I’ve been wanting to try it out myself, so here goes!

I’m not sure if this’ll be a regular thing….but we’ll see! Here are my April favourites. 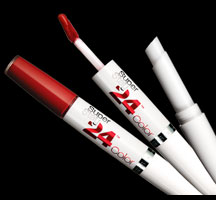 This lip stain has changed everything about my make-up routine. I’m never going to buy another lipstick again! Normal lipsticks always wipe off immediately, or smear everywhere the minute you have a drink. This lip stain is like an epiphany. It has two parts, the colour and a balm that seals the colour. When it’s on it lasts all day, and it doesn’t smear. And it costs £9! It’s amazing! 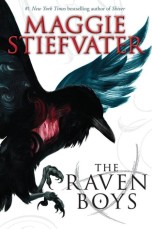 : The Raven Cycle by Maggie Stiefvater

Well, obviously I had to get a book in here! In April I read the Raven Cycle for the first time, despite many friends insisting I need to read it immediately for months and months. I put it off because I wasn’t sure whether it was really my thing….I was so wrong. SO WRONG.

It’s life-changing. It’s an epic character driven story about a group of friends trying to find a sleeping Welsh King of legend. But really it’s about all these people and their relationships and lives, and I love everyone so much. Gansey is my favourite (as discussed here) but they are all brilliant people, from Ronan to Noah to Adam to Blue to the Grey Man. Read it! 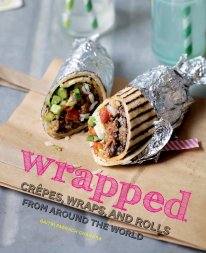 Since my year abroad in America, I’ve been obsessed with Mexican food. Every single time I go to London I buy a Chipotle burrito (that’s the only place you can get them; luckily I go down quite a lot these days because of Book Things). So when I found this recipe book of different wraps, of things like burritos to fajitas to steamed buns to Philly steak wraps to jerk chicken cooa rolls, I bought it immediately.

Every recipe is very complicated (considering all the meats need marinating overnight) but I drool every time I look through it. I’ve made one or two recipes, and I’m planning to fully commit to one of the longer this-is-going-to-take-all-day recipes soon.

I came across this website recently because a blog mentioned the writers’ new book, The Royal We. The website immediately stole my heart. It’s a fashion blog that really lovingly pokes fun at celebrity clothing choices. It reminds me a lot of Grace Helbig’s red carpet fashion critiques.

Since I discovered it I think I visit the site at least once a day. It’s hilarious, but more importantly very nice and not at all mean about it. The writers also did a great article about writing as a duo, which I found really interesting, and made me desperate to write a book with someone one day.

Article: “In celebration of Old School Livejournal” By Lindsay Gates-Markel

“LiveJournal ended with a whisper; all the other girls I’d gotten to know over nearly a decade on the site stopped using it, too, seemingly within the same few months. Many of us moved to Tumblr, where there was no comment function, and our personal posts became rarer and rarer and—in my case, anyway—eventually stopped.”

My internet life started out on Livejournal, so this article brought up a lot of memories for me. I have a huge soft spot for early millennium internet. 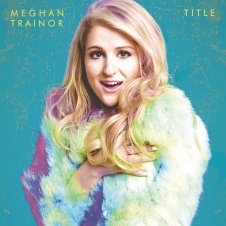 Everyone knows All About That Bass, but the rest of her album was an undiscovered gem for me. I especially like Title. She’s the perfect upbeat fifties pop that I love to listen to while I write, not just because it makes me type so much faster to match the beat. 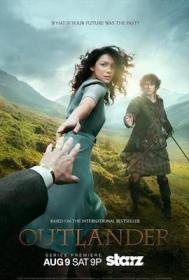 It’s BACK! Outlander is back!! I read these books when I was sixteen, and there are so many enormous novels that you can’t help but let it take over your life for a month or so.

Jamie and Claire are such an excellent couple, and the time travel and 18th Century Scottish history are huge favourites of mine (as evidenced by The Next Together…).

While I don’t like the tv series quite as much as the books (a lot of Claire’s medical adventures are cut out, which were the most interesting bit of the books) it’s still a lovely Sunday treat to watch the new episodes with my mum, who’s also a big fan! 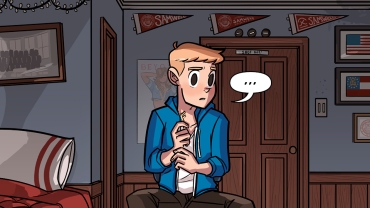 So going in, I wasn’t sure this was my kind of thing. It’s about hockey, of which I know exactly…nothing. But it’s so adorable! It’s told by a freshman Hockey player Bittle, who vlogs about his time on the team. He’s got the most sweet and slow burning romance with the team Captain Jack, and the whole comic is beautifully drawn and told. I especially love the comic’s twitter, which is ‘run’ by Bittle in real time, so updates about his day always pop up on my dash. It’s like he’s a real person!

Last spring I had a huge love affair with ASOS dresses, and now it’s a bit sunnier I’ve got them all out again and remembered how lovely they are. I recently bought this dress, because I have a few events coming up when I have to look a little bit more fancy than usual.

It’s so pretty and comfy, and I absolutely swear by the ASOS curve selection, especially their skirts.

So, they are my April favourites! Should I do this again next month! Let me know if you love any of these things too!

The Next Together will be published on 3rd September. You can read the first chapter here.