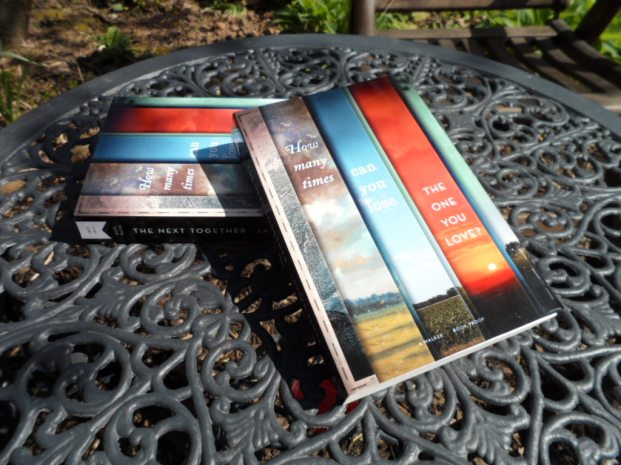 Today I got to hold my book for the first time as a real physical thing. I’m feeling very emotional and a little tearful about it right now, so please indulge me for this post. Here’s the story of The Next Together, and why this is such a huge huge deal to me.

Two weeks after I turned eighteen I started university. I was very shy and awkward and didn’t really make many friends at first. Especially not in my hall/dorm, where I didn’t know anyone at all. I would sit in my room and feel so homesick I couldn’t bear it.

So to make myself less lonely, I started writing a story. I didn’t really have any ideas, so I started by making a list of all the things I like best in books, and brainstorming from there. 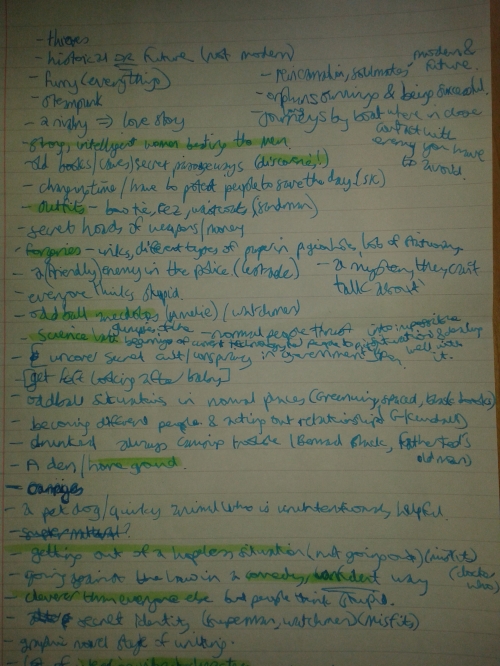 I described it on my livejournal, back in the early days pre-tumblr, as a ‘reincarnation type thing’.

I quickly realised that I wouldn’t have enough time to work on it, so I put it to one side for a while, until the summer.

– but eventually I finished it. 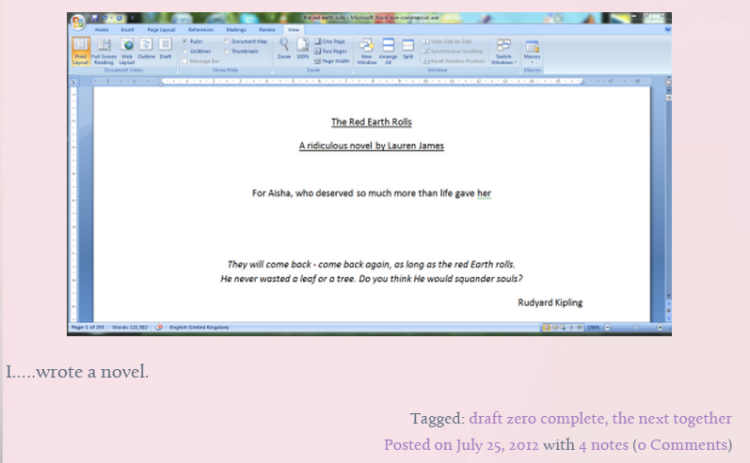 Reading back through these entries now, it’s unbelievable how much determination it took to get to this point, where it’s a real actual book I can hold in my hands. On and off, I have been editing this story from July 2012 to March 2015. That’s three freaking years. THREE YEARS. I’ve been thinking about it for even longer – the earliest post I can find about it is from 2009. Six years ago. I was sixteen.

The internet has been a huge part of my writing process, from fancasting to research to just complaining about writing. I even ran a poll to ask the internet what I should call my characters! 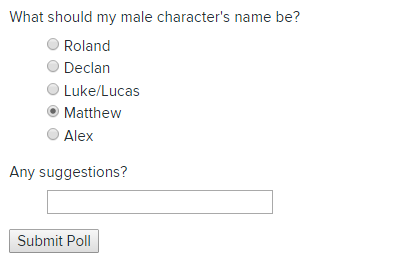 Tumblr, you’ve seen this book develop from the very beginning:

You were the first people to ever read it:

You were there when I sent it to agents:

And then you put up with my panic again when it was submitted to publishers:

And celebrated with me when I got a book deal:

You helped me objectify actors in the noble pursuit of fancasting: 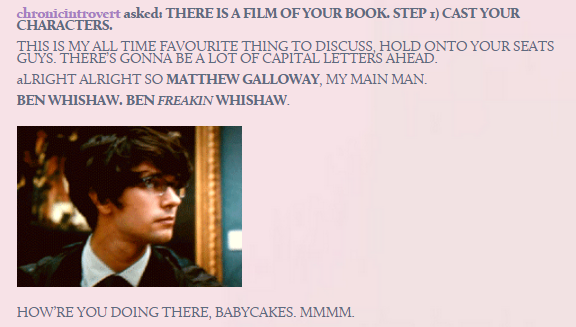 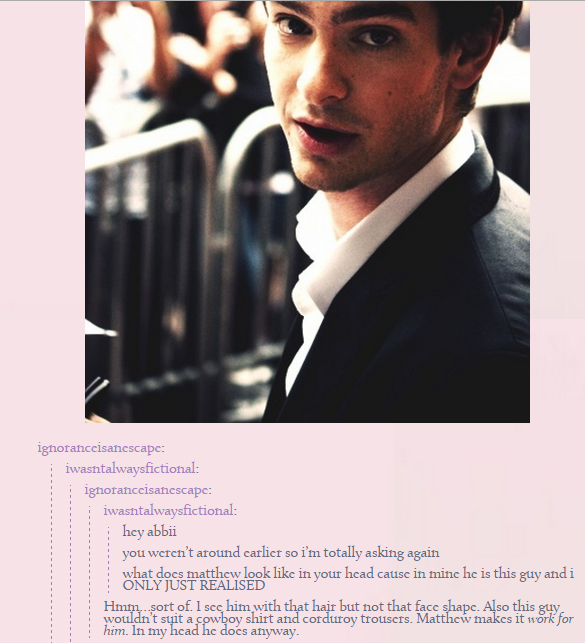 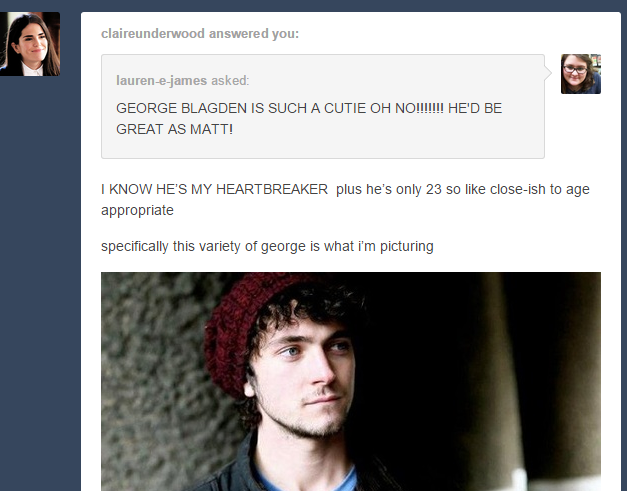 You mourned with me when I had to choose a new title to replace the original name, The Red Earth Rolls:

And you went mental with excitement when the cover was revealed. 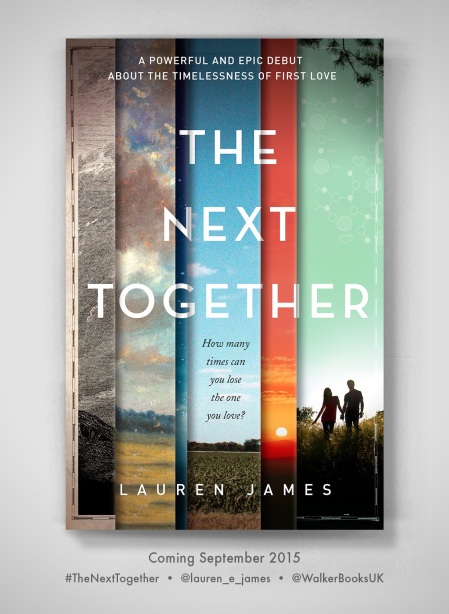 I can’t even count the number of friends I’ve made because of a stupid idea I had for a book.

Some of whom have even drawn me FANART!! 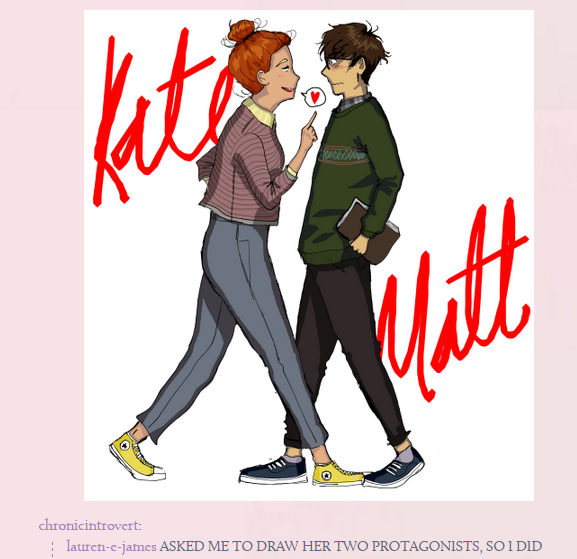 I’m now twenty two. I’ve been writing this book since I was eighteen. It’s more of a part of who I am, and my personality and my experiences growing up than almost anything else. When I started it, I was a shy teenager who couldn’t bear to be away from home, who wrote to escape the real world. Now I’m a grown up (kind of) (I mean, not really) (I still spend a lot of time on tumblr) and writing is my job: my actual, real life job. This book has changed and evolved and matured at the same rate as me.

And as of today, it’s no longer a figment of my imagination. It’s real. An actual, paper book that I can hold and stroke. 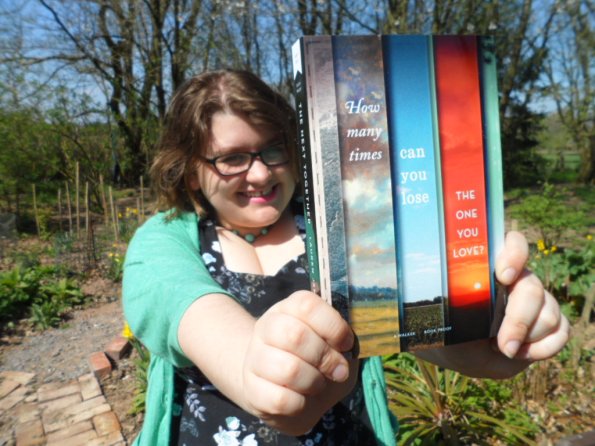 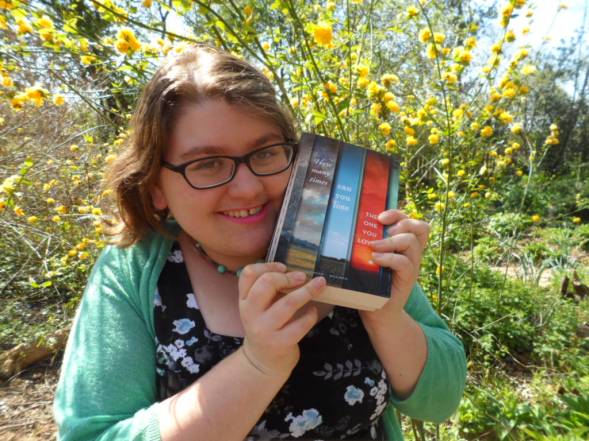 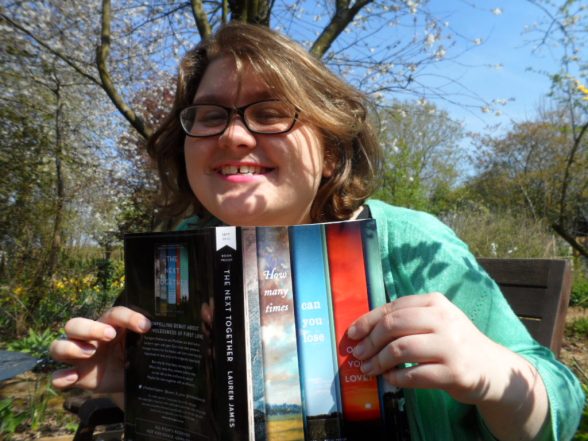 Please excuse me while I stare at it forever. And thank you, tumblr. Thank you, livejournal. Thank you, internet. You made this happen. Let’s celebrate.

The Next Together will be published on 3rd September. You can read the first chapter here.

How many times can you lose the person you love?

A powerful and epic debut novel for teenagers about reincarnation and the timelessness of first love from a talented young writer.

Teenagers Katherine and Matthew are destined to be born again and again. Each time their presence changes history for the better, and each time, they fall hopelessly in love, only to be tragically separated.

But why do they keep coming back? What else must they achieve before they can be left to live and love in peace? Maybe the next together will be different.